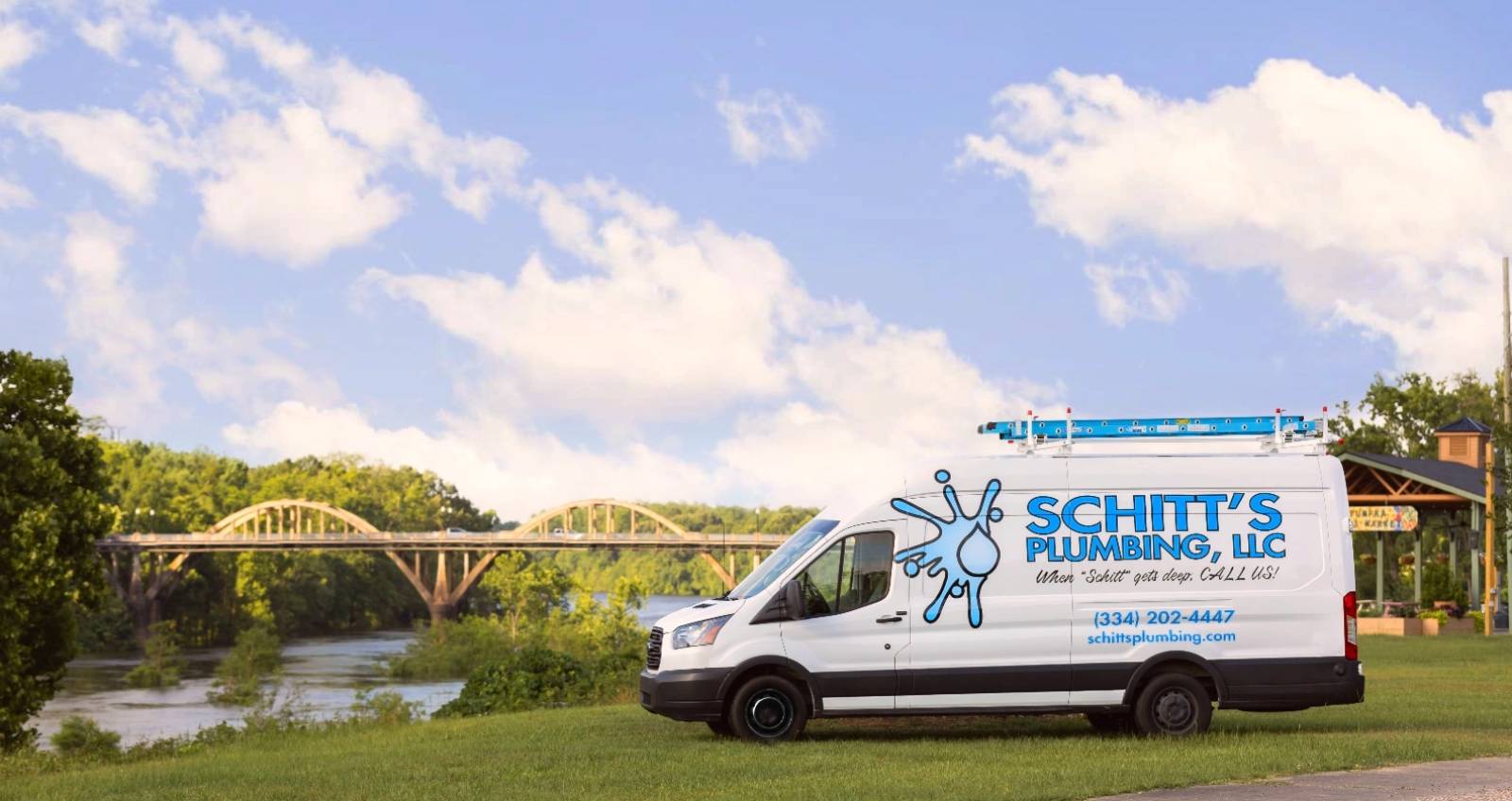 Why My Garbage Disposal Is Smelly?

Garbage isn’t associated with good smells, but if your garbage disposal smells funky, there could be a problem. At Schitt’s Plumbing, we deal with our share of garbage disposal issues in Prattville. We see many causes for bad smells, but fortunately, we know just as many ways to fix the issue.

Here, we’ll talk about what causes garbage disposal odor and how to get rid of it.

How Does a Garbage Disposal Work?

A garbage disposal is a tool installed between the kitchen sink and the sink trap. It has impeller plates that press food through a grinding chamber to break waste down into smaller particles. The particles are then flushed through the chamber wall by water.

If you think of your garbage disposal a little like a blender, you’ll see why some food pieces don’t get properly disposed of. The grinder minces the food waste, but only waste it can reach. Any food out of reach of the grinder remains too large to wash through the chamber wall.

Some foods to avoid putting into your garbage disposal include:

These foods are difficult to break down and stick to the inside of the disposal, even when rinsed with water.

Keeping your garbage disposal clean minimizes the chance of bad smells developing. The best ways to maintain your disposal are:

The Cause of Smelly Garbage Disposals

Garbage disposal odor is almost always caused by residual food waste. Waste that can’t be washed through the chamber wall remains lodged in your disposal. Like all food, it eventually breaks down and causes a foul smell.

The fix: Ensure all food hits the impeller plates by running your disposal for 30 to 45 seconds every time you use it.

Sometimes, large food particles aren’t to blame. Oil and grease congeal inside the disposal, causing blockages and bad smells. Of course, it’s not recommended to put any grease or fat down your disposal. However, some foods are oilier than others and cause a buildup.

The fix: Running hot water when you use your disposal minimizes the chance of greasy blockages.

It might be tempting to pour bleach down your disposal to fix these smells. Don’t do it! Bleach is a corrosive chemical cleaning agent. It breaks down dirt and grime quickly, but it also negatively affects plumbing.

Other Concerning Smells to Watch Out For

Garbage disposals develop bad odors for several reasons. The most common is rotting food, but it could also be:

Mold is caused by moisture, organic material, and humidity. A garbage disposal becomes the perfect breeding ground for mold and mildew because of this. Food particles in your sink are used as fuel to grow mold spores.

Mold smells differently than rotten food, but it’s still unpleasant. Mold is sometimes visible in a kitchen sink, but if it’s deep enough in the garbage disposal, it will go unnoticed. It’s important to tackle mold right away as it can lead to health issues and property damage.

Sewage has a distinct (and not so nice) odor. If there’s a sewage-like smell emanating from the disposal, a leak is the most likely culprit.

A sewage leak is a major home issue. It might even impact other areas of your home. In fact, you’re likely to smell it from other drains connecting to your kitchen plumbing, like the laundry sink. Call a plumber right away if you suspect sewage is the cause of bad smells in your disposal.

If you live in Prattville and are experiencing bad smells coming up from the kitchen sink, we can help. At Schitt’s Plumbing our plumbers are highly skilled in garbage disposals, and the delicate plumbing in kitchen sinks.

Garbage disposals are useful for dealing with unwanted food waste but can be a hassle when not properly maintained. To learn more about our garbage disposal and other plumbing services, call us today.